15 Unique Holiday Foods from Around the World 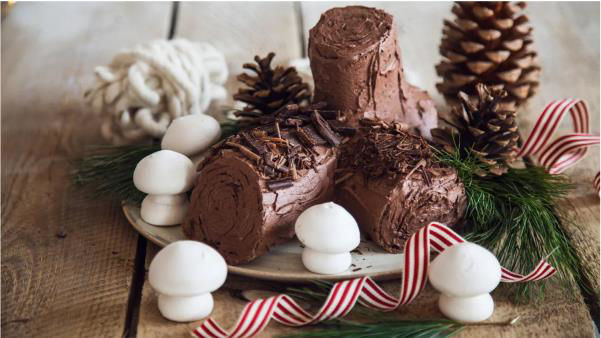 Food is the cornerstone of the holiday season. It brings friends and family together to share memories, cultural traditions, and great flavors.

From figgy pudding to fruit cake, many foods may bring on the holiday cheer — or a foul taste in your mouth. Depending on where you live, foods that are considered a normal part of the holiday feast to some may seem downright strange to others.

Here are 15 unique holiday foods enjoyed around the world.

Also known as Yule log, bûche de Noël is a sweet dessert served in France during the Christmas season.

Though there are many variations, one of the most common types is made with heavy cream, cocoa powder, eggs, sugar, and vanilla extract. It’s commonly decorated with icing sugar and fruit.

Bûche de Noël commemorates the tradition of cutting and burning a specially selected log known as the Yule log. This pagan tradition was introduced to the Christian holiday many centuries ago.

While most countries celebrate Christmas on December 25th, Russia is one of the few countries that celebrates this holiday on January 7th in accordance with the Orthodox Julian calendar.

Colloquially known as “herring under a fur coat,” shuba is a popular dish served during the holiday season in Russia. Its main ingredients include pickled herring, hard-boiled eggs, mayonnaise, and grated vegetables like carrots, beets, potatoes, and onions.

The dish gets its name from its top layer, which is usually made of mayonnaise or a beet dressing that resembles a warm winter coat.

While this may seem like an unconventional dish, it’s an excellent source of protein, potassium, antioxidants, and vitamins A and B.

Weeks prior to the holidays, farmers feed lambs a high calorie diet. This leads to fatty, tender meat, which is added to a stew made of onions, tomatoes, garlic, kibbeh (Ethiopian butter), berbere spice mix, and various spices.

Many serve yebeg wot with injera, a popular flatbread.

This dish is a rich source of protein, carbs, and antioxidants.

If you think you know how to make the best hot chocolate, you may want to give Peru’s spiced hot chocolate a try.

This creamy hot chocolate with a kick is made with chocolate, condensed or evaporated milk, and a combination of spices, such as cinnamon, chili powder, cloves, and nutmeg.

In fact, this beverage is so popular that it has its own event known as la Chocolatadas, during which people gather and serve spiced hot chocolate with a popular cake known as panetón.

Despite its name, most modern mincemeat pies are meatless. Traditionally, mince pies were made of shredded beef or mutton, suet, dried fruit, and spices.

Interestingly, the pies used to be oblongly shaped to represent a manger, although most mince pies served today are circular.

During the holiday season, bibingka is a common breakfast item in the Philippines.

Bibingka consists of rice flour or sticky rice, coconut milk, sugar, and water wrapped and cooked in banana leaves. Eggs, cheese, and coconut flakes are sometimes added as a garnish.

This dish is usually served for breakfast or after Simbáng Gabi — a nine-day series of Filipino Catholic masses leading up to Christmas.

In fact, it’s common to have food stations set up outside of church for churchgoers to buy bibingka and other popular sweets, such as steamed rice cakes known as puto bumbong. Many enjoy these treats with a hot cup of tea or coffee.

While a typical Canadian diet is similar to that of a typical U.S. diet, it has a few classic treats of its own.

Butter tarts are a Canadian dessert that’s served during many holidays, but mostly during Thanksgiving and Christmas.

They’re small pastries with a sweet filling made of butter, sugar, maple or corn syrup, eggs, and sometimes walnuts and raisins. Enjoy these tarts with a cup of coffee for the ultimate treat.

During Hanukkah, latkes are a delicious staple on most dinner plates. In Hebrew, the dish is known as levivot.

Fried in hot oil, latkes are symbolic of the oil that, according to a text that serves as the central source of Jewish religious law, lit the menorah for 8 days despite only having enough oil for 1 day.

Made of the simplest of ingredients, you can make latkes with shredded potato and onion, eggs, and breadcrumbs or matzo. Deep fry it in hot oil, and you have yourself some delicious latkes.

Served during Christmas, hangikjöt is one of the most popular Icelandic holiday foods.

It translates to “hung meat” and involves smoked lamb or mutton. Its name originates from the traditional practice of hanging smoked meats in a smoking shed for weeks to develop a smoky, salty flavor.

Hangikjöt is commonly served with green beans, potatoes that are coated in a white béchamel sauce, and side of pickled red cabbage.

This dish is made using sticky rice, pork, mung beans, green onions, fish sauce, and spices like salt and pepper.

In addition to its great flavor, it’s placed in front of family altars to pay tribute to ancestors and prayers for the upcoming year.

Pasteles are a classic Christmas dish in Puerto Rico.

Making pasteles requires time and patience. The inner portion of the pasteles consists of a mixture of ground pork and an adobo blended spice sauce. The outer portion is made using a special masa dough made of grated green bananas, yautía, and spices.

After allowing the dough to sit for a few hours, the masa is placed on banana leaves, the pork filling is added, and it’s wrapped.

Eggnog isn’t a holiday treat around the world. In fact, it’s mostly enjoyed in the United States and Canada.

This drink is made from milk, cream, whipped egg whites, egg yolks, and sugar, resulting in a creamy, smooth texture.

Most people enjoy eggnog as an alcoholic beverage by adding rum, bourbon, or brandy.

Kutia is a traditional Christmas Eve dish that is popular among members of the Ukranian Orthodox Church. As part of the Julian calendar, Christmas Eve falls on January 6th.

It’s usually the first dish served as part of Sviata Vecheria — a 12-dish vegetarian feast to commemorate the 12 apostles.

Made from cooked wheat berries, poppy seeds, dried fruit, and honey, this dish is packed with nutrition, which is an important focus of this Ukranian feast. In fact, this dish is so important to the meal that all guests are expected to have at least one spoonful.

However, it’s customary to wait until the first star in the sky appears before digging in.

Also known as Jansson’s Temptation, this casserole dish is made from potatoes, onions, heavy cream, breadcrumbs, and sprats — a small, oily fish similar to sardines.

It’s usually accompanied by a smorgasbord of food known as the “julbord,” which translates to “Yule table” or “Christmas table.” It’s enjoyed with foods like baked ham, meatballs, fish, boiled potatoes, cheeses, and various cooked vegetables.

The origin of its name is controversial, though many believe it originated from a popular opera singer known as Pelle Janzon.

Christmas cake is a popular dessert around the world.

It’s a type of fruit cake made of flour, eggs, sugar, spices, candied cherries, dried fruit, and brandy. Traditional Christmas cake is made at least 2 months ahead to allow adequate time to slowly “feed” the cake with brandy every 2 weeks. Finally, it’s topped with a marzipan icing.

While it’s mostly known as a British dessert, many countries serve Christmas cake during the holiday season. In fact, South Koreans are well-known for their beautiful, artistic Christmas cake decorations.

Many cultures celebrate the holiday season for different reasons. Whether it’s Christmas, Hanukkah, or New Year, food plays a central role in celebrations around the world.

From savory main dishes to sweet desserts, each culture brings a unique twist to this jolly season.

With the holidays just around the corner, remember to enjoy all the delicious food and memories they will bring. 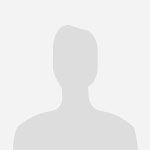 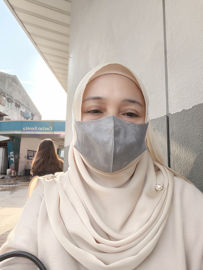