What Age Should You Buy Your Child a Smartphone?

GAVIN PHILLIPS By Make Use Of When there is so much technology in our lives, it isn't easy to figure out when and how to let your kids start using it. Do you go early and give them devices from a young age? Or do you hold off and teach them about responsibility first?

For most, it's somewhere in the middle, but it begs the question: at what age should your kids get a smartphone?

What Age Should You Give Your Kids a Smartphone?

Unsurprisingly, there is no set age that parents agree upon when it comes to giving a child their first smartphone. There isn't much clear information from the tech industry either, though there are plenty of studies, opinions, and insights from tech leaders, educators, government offices, and much more.

Famously, Bill Gates said none of his children were allowed a smartphone until age 14, which actually puts them towards the higher end of the scale and almost certainly lagging behind their peers.

So, at what age should you give your kid their first smartphone?

For most parents, sometime between the ages of 10 and 12 appears to be the appropriate time to bestow the first smartphone on their offspring. The time frame makes sense as between those years, most kids are jumping from elementary or primary school to a middle school or junior high and beginning to find some proper independence from parents and parental supervision. 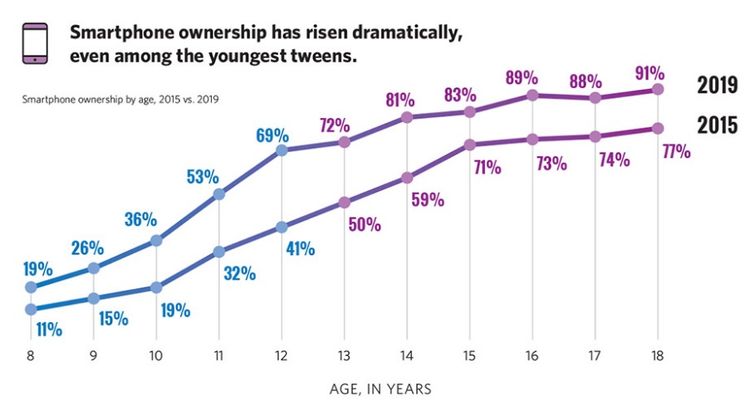 It wouldn't be a stretch to imagine that the number is now higher, given the effects of COVID-19-related lockdowns on social lives, schooling, and more. Indeed, a more recent study conducted by Childwise in the UK found that 90% of 11-year-olds have their own device and that once kids hit secondary school (age 11 in the UK), smartphone ownership is ubiquitous.

The middle ground of smartphone ownership for kids certainly falls around the ages of 10-14 But there are extremes, too. A Statista study found that kids as young as one or two are given a smartphone, while some kids have to wait until their late teens to receive their first smartphone. 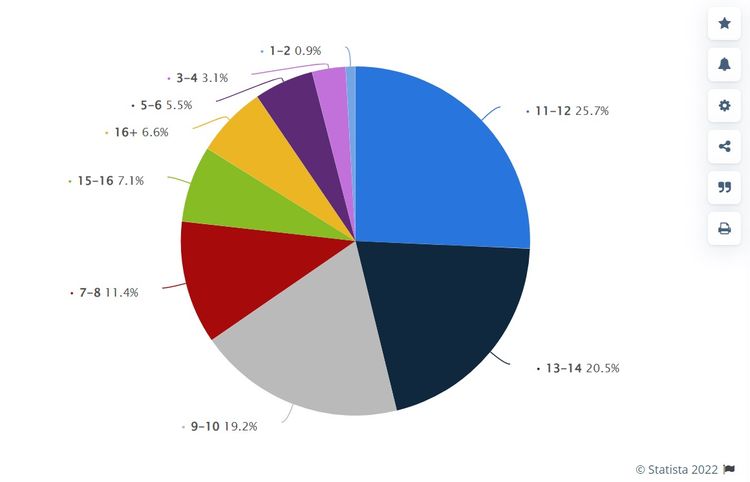 Referring back to the Common Sense Media chart in the previous section and the Childwise study, smartphone ownership for kids increases with age (as you'd expect).

Why Do Children Need a Smartphone?

These are all valid reasons for a child to own a smartphone. Rolling with the times, digital devices like smartphones are deeply integrated into daily life, and using these devices in a useful and responsible manner is worthwhile (especially teaching kids about the responsibility of ownership and the trust that comes with it.) Interestingly, many parents believe that their kids are probably using their smartphone how it was intended. At least, most of the time.

Kaspersky's 2021 study on the "smartphone generation" found that many parents bought a smartphone for their child for educational needs and that largely, that's what happens. Obviously, there is some gaming, YouTubing, and communicating with friends and family, but 46% of parents are confident that their kids use their smartphones as intended. The study found that just 1% of parents believe their kids are definitely not using them as intended at all. 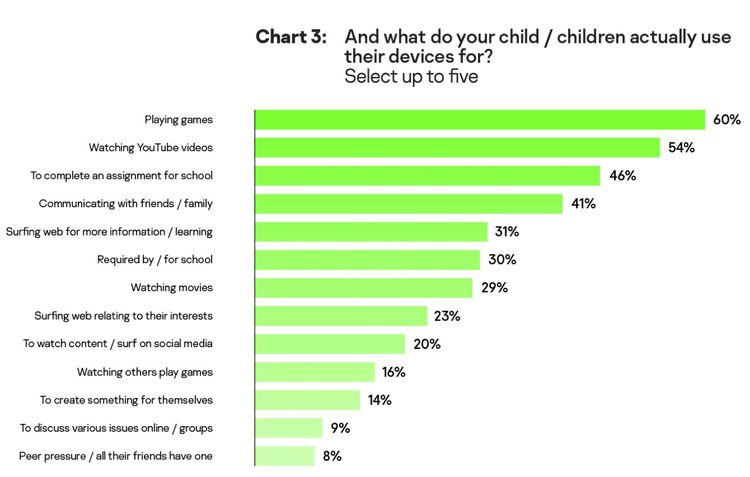 But obviously, at times, needs must. Taking a kid on a long road trip or flight is much easier these days with the help of entertainment apps, making us wonder what we did in the past!

Communication Is Key to Responsible Smartphone Ownership for Kids

One of the most important things any parent can do with their child is talk openly about smartphone ownership and responsibility. That means, discussing what you've bought the smartphone for, how you would expect them to use it, and the trust that comes with it.

The discussion of health digital habits doesn't have to focus solely on the smartphone, either. The wider discussion regarding smartphones and other devices could open the door to promoting healthier digital habits for the whole family, parents included. Modeling digital habit behavior isn't always easy, especially when so many people are still working from home or reliant on digital devices to complete work.

Kasperky's study (along with many others) found that there is a strong correlation between parental device time (not limited to smartphones, mind) and the amount of time their children spend on their devices. 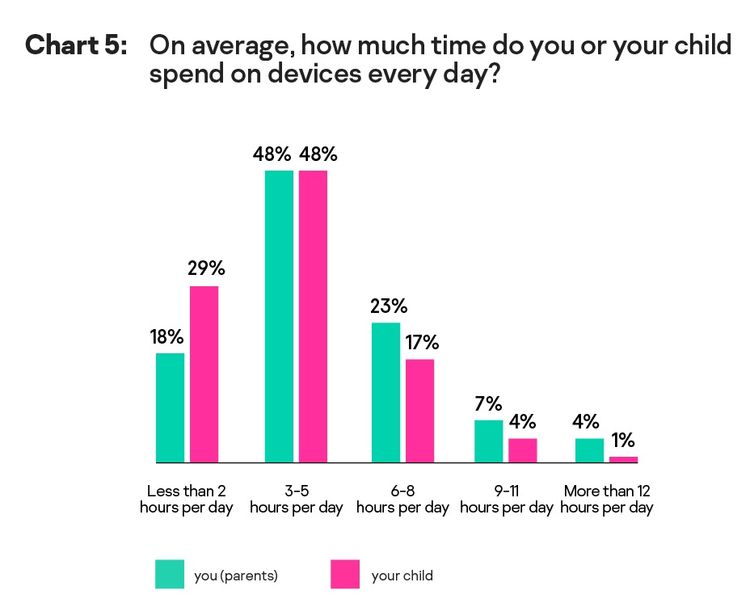 In that, making small changes can lead to big differences. Switching off phones at mealtimes, making sure you're present and in the moment when discussing things or working on homework problems, putting the smartphone aside when visiting friends and family, and other similar changes will add up in the long run.

5 Things to Consider Before Buying Your Child a Smartphone

Before biting the bullet and buying a smartphone for your little one, there are a few important things to consider.

The bottom line is that, as a parent, you're best placed to judge when your child needs a smartphone. All kids react differently to the freedom and excitement a smartphone brings, so there is no better person to make that decision than you, no matter what their age is.