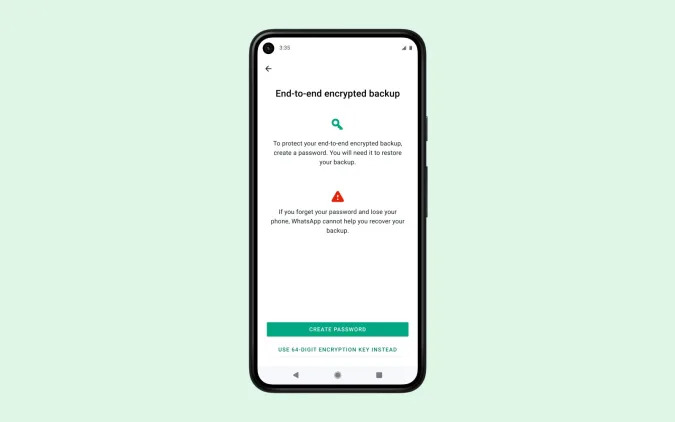 The wait is over. It’s now possible to encrypt your WhatsApp chat history on both Android and iOS, Facebook CEO Mark Zuckerberg announced on Thursday. The company plans to roll out the feature slowly to ensure it can deliver a consistent and reliable experience to all users.

However, once you can access the feature, it will allow you to secure your backups before they hit iCloud or Google Drive. At that point, neither WhatsApp nor your cloud service provider will be able to access the files. It’s also worth mentioning you won’t be able to recover your backups if you ever lose the 64-digit encryption key that secures your chat logs. That said, it’s also possible to secure your backups behind a password, in which case you can recover that if you ever lose it.

While WhatsApp has allowed users to securely message each other since 2016, it only started testing encrypted backups earlier this year. With today’s announcement, the company said it has taken the final step toward providing a full end-to-end encrypted messaging experience.

It’s worth pointing out that end-to-end encryption doesn’t guarantee your privacy will be fully protected. According to a report The Information published in August, Facebook was looking into an AI that could analyze encrypted data without having to decrypt it so that it could serve ads based on that information. The head of WhatsApp denied the report, but it’s a reminder that there’s more to privacy than merely the existence of end-to-end encryption.